Does musical cream really rise to the top?

Long before radio and recorded music existed, music artists performed locally and even regionally to the extent travel was practical. But for the most part, talent rose to the top only in each isolated area. Except for word of mouth by travelers reporting musical glories they’d witnessed, music artists in one geographical region were largely isolated from artists from other areas. For this reason, huge differences in musical style and skill levels existed from region to region. The cream of the crop from one district may have been considered only

mediocre compared to artists of another quarter. But it didn’t really matter. Everybody had their fan base. Every neighborhood in the world could have its own pop stars, and did. The typical music fan did not have access to a great number of popular artists, and so probably had a healthy appreciation for those they were actually able to hear perform.

After radio and recorded music came about, things began to change. The best artists from larger and larger geographical regions could rise to the top of the radio charts. To even be on the charts at all was a big deal. There were always many at the same time competing for those number one spots, if only to be on top for a week. The fan base grew much larger and spread out to wider expanses due to syndicated radio networks. With more

fans hearing more music, music as a profession become much more popular. And so, endless supplies of pop stars and wannabes were born.

As a result, for every one industry-made star there were ninety-nine unknowns who were just as talented if not more so. Some of the cream may have risen to the top because they were among the lucky few to be “discovered” and exploited by the record companies. But most of the cream remained mixed in with the sour milk, undiscovered, and but a memory to the few relatives who, years later, would recall that “Aunt Julie had such a wonderful voice!” or “Grandpa Mike could really rock on that old guitar!”

Fast forward to the internet age, where every egotist can upload their grand or ugly works. Even though music industry-made stars still exist, there is also opportunity for the rest of the cream to separate and rise on its own via social media without the help or direct endorsement of the traditional music industry. This is great opportunity for independent or amateur artists, the chance to rise higher than other music industry-made stars, to an even bigger global audience.

Yet now there is a different kind of obstacle to music artists. Two actually. The great opportunity is a double-edged sword and its complication is bigger than merely the music industry’s biases in choosing what or whom to exploit. The first fly in the artist’s soup nowadays is the world wide web of critics, who quickly get bored due to over-stimulation. Like adrenaline junkies, many of the excessive-compulsive m 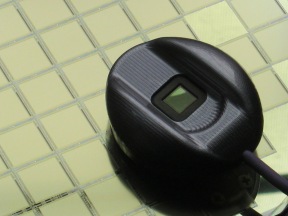 usic fans of today are always searching for the next bigger and better rush on our talent-rich internet. Can you blame them?

Second, to make things worse for the artist, the bar for musicianship and production level is at an all-time high due to inexpensive production technology, allowing all other artists to create and upload fantastic stuff. And for cheap. So competition is huge.

The result is, everyone with a connection to the internet can hear the best of the best anytime, anywhere. This phenomenon has surpassed that of sliced bread! Music fans have become gluttonous, fat, happy music pigs. Yet they quickly feel hungry again and move on to the next feast.

It’s not so great for the artists. Now, for every one cream of the crop artist who is successful, there are a thousand lesser known unsuccessful prodigy artists, as well as a million sour milk curds having various popularities and muddying up the water. It is dilution of all music to a point where the “old days” quality cream levels are merely a yawn at best, or else a hate-comment, from a new web of frenzied fans.

In a group of children with head lice, the majority of lice on any one scalp live and die on that one scalp. And therein lies the solution to the modern music dilemma. Niche music markets. Smaller fan bases. Isolated scalps. In a world of nearly eight billion people, largely connected by the internet like a comb shared among lice heads, artists marketing their goods need to aim for a little more separation, musically. Don’t worry, some group of people will truly love your wacky Clocked by a Clown song. The trick is to find them without letting the rest of the cream, or sour milk, dilute your efforts.