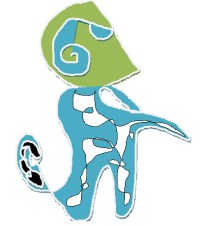 The twelve songs described below, from the Calling All Aliens album, are listed in the order they were recorded. Looking back now, many months after release of the album, it is interesting to track just how the album developed after that first song, which was never intended to be the start of an album! Here is the story…

Schizophrenic Cake Walk: When I started recording this song, I had no intention of making an album, much less an album with an aliens theme. My intent was really just to do an experimental rock instrumental recording for fun. It had been going on nearly two years since I’d written or recorded anything. My friend Brad seemed interested in recording some drum tracks with me. So I started recording this song without having written anything at all! I just started jamming some bits and bobs, guitar stuff, no lyrics. I didn’t even write any of it down. Once the music was mostly recorded, Brad listened to it once or twice, then we recorded a few drum track takes (this would become our typical method). I did some final licks and mixing on it, and that was that. The experiment paid off – we liked it well enough to figure, what the heck, let’s continue on with another song! Featured Clip: https://youtu.be/uh_efPf0PRQ?t=3m31s

Nu Age Rage (aka Stevie Rage, aka Woodpecker Blues): This started out as another instrument jam song I’d played around with about a year and a half earlier, then unofficially called Woodpecker Blues because the beginning riff reminded me of a tune from the old cartoon, Woody Woodpecker. Brad, Gary and I used to play bits of this live. Around that time I recorded a full version of it and tried my hand at using a Cajon box for the rhythm track – that mix is what became Stevie Rage, a nearly seven and a half minute bluesy rock anthem inspired by and honoring one of my guitar heroes, Steve Ray Vaughan. Wanting a little more oomph in this mix than what the Cajon track provided, it seemed logical to see what Brad could add with real drums. We knocked out a final mix pretty easily. Later, after the alien concept was conceived for this album, I re-dubbed this song Nu Age Rage. Featured Clip: https://youtu.be/e1uKybADJEk?t=1m52s

Batman: Having grown up watching the 1960s Batman TV series with Adam West, and with so many musical influences from that era, it seemed only fitting that I would later write my own rock and roll version of Batman in 1978 just after graduating from high 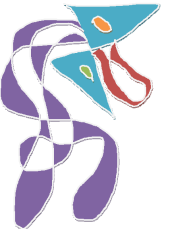 school.  Back then I remember telling people, “If they ever come out with another Batman movie, I have just the song, ha ha ha!” Our band High Voltage used to perform Batman back in the day, and I recall our bass player adding some cool laughs in the verses whenever we’d play it.  Fun times. Though it was a favorite tune to play, I never officially recorded it (not even sure I have any recordings of it).  Since it was a song that was burned into my brain for decades, it seemed like it would be an easy one to record, and it was. I tried to stay true to my teenage rock anthem based on my memory of how our band High Voltage used to play this song. Featured Clip: https://youtu.be/_D96MAmuApY?t=4m36s

Get Over It: Ironically, this was inspired by Eminem’s “Lose Yourself.” For a while I was a little obsessed with his song – loved the main guitar riff and of course the energy in the vocals and message in the lyrics. I am no rapper, don’t claim to be, nor want to be. Yet I found myself drawn to doing an emotionally charged song in manner foreign to me, and was challenged to do some equally intriguing guitar riffs. The lyrics I wrote had much personal meaning, about people who whine and complain and act like a victim. I came up with the basic chord structure before I started recording, but all the musical details just came as I recorded (which is a common phenomenon in most all of my recordings). This is one of the very few songs of mine that doesn’t have a guitar solo! Featured Clip: https://youtu.be/I991CqaEETg?t=4m2s

You Fit The Description: This song was written in the early 1980’s. It was a song I’d recorded twice during the ‘80’s. Both versions I liked but the second recording became one of my all time favorite songs from that time period. A few years before the Calling All Aliens album I had asked my brother Greg which one of my songs he liked the best, and he said this one. So I always meant to do a modern remake of it. I purposely did not listen to either of the previous recordings prior to doing this remake because it didn’t want to merely copy a prior version, instead hoping to feel the groove once again in a fresh way. Hopefully we captured it. Featured Clip: https://youtu.be/cEB_1mRjQqo?t=3m6s

Calling All Aliens: This song started out as a draft called Final Score, a bluesy tune inspired by the style of Eric Clapton, reminiscing about days gone by. The tune hooked 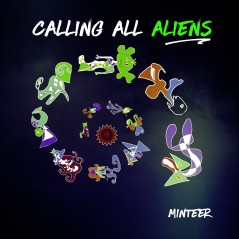 me, but the lyrics just weren’t doing it. Considering the assorted mix of fun and half serious tunes already recorded so far, my wife Deborah suggested that creating a fun spin to this eclectic collection was the best path forward. What about an alien invasion to earth, I thought? The lyrics came so easily, seemingly out of nowhere, and fit this tune just right. Seemed like the perfect title song for the album too. Not long after this my wife and I observed our nine year old daughter, Talise, making some strange and colorful artwork on the computer. It looked like an alien, and would go great with this strange fun theme. I asked her to make me twelve of them – the very ones on the final album cover! Featured Clip: https://youtu.be/bq0o8nGbV7E?t=5m4s

Welcome Home: To continue with the alien invasion theme, I started writing “We have arrived to take over your nation. Get in line or get a nuclear vacation.” Ha ha ha. I thought it would also be fun to rhyme nearly every single line of the song (both verses and choruses) with “nation.” The original name I had for this song was Stinger, thinking it might be catchy and because there is a line that says “or we’ll pull out our stingers and melt all your minds!” But in the end I decided that since the song was mostly about the invading aliens’ manipulation of us humans, Welcome Home (as in, “welcome to your new home under our control”) was deemed a more fitting title and it was therefore also placed as the opening song on the album. Featured Clip: https://youtu.be/X5tHOVWVCpE?t=1m19s

Ugly Woman: Written in the early 1980’s, this song was meant to be a fun, country music style spoof. At the time, it seemed to be the most esteemed by my family and friends. I didn’t want to be known for this song or this kind of music necessarily, as much as I loved Weird Al Yankovic. Though I did write numerous songs inspired by Weird Al, my musical direction was still a little more towards mainstream rock. However, the album Calling All Aliens seemed to take me into another direction lyrically and musically. So it seemed fitting to include Ugly Woman as part of the story. I re-recorded it, not having listened to the old 1980’s recording but instead, like both Batman and You Fit The Description, trying to get the right vibe of the song based only on my memory of it. Featured Clip: https://youtu.be/ROxP7CC5PQA?t=2m37s

Clocked By A Clown: The idea for Clocked By A Clown was inspired by a conversation with my nine year old daughter, Talise, as we sat in a French pastry shop with Deborah, hearing this whiney song playing on the restaurant’s sound system that made us all chuckle.  We talked and laughed about the idea of doing a “punched by a clown” kind of sappy sad country tune.  Deborah 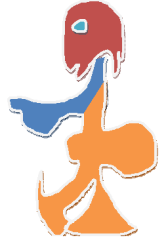 said not to do it country style (Ugly Woman was already a country tune). Glad I listened – love how it came out. It was also fun to rhyme the end of every line of every verse with “clown.” Featured Clip: https://youtu.be/wsV_C6ymWWA?t=1m14s

Jungle Zoo: Funny story about this song. Two years before working on the Calling All Aliens album, I bought a cheap keyboard at Costco, just for fun. The very first tune I created on it was a catchy two-handed riff that I was especially surprised at, since I’m not a keyboard player at all. It was an instrumental I called The Jungle Zoo. I liked the tune well enough that I started writing lyrics for it. When I played it for Talise, she didn’t like it so I shelved it. Of course, I should have thought twice about shelving it, since Talise doesn’t like most of the music I like, ha ha. By the time I was working on this album, I looked at the lyrics once more and decided the song was a perfect fit for the album. The tricky part recording it, at first, was trying to mimic the keyboard riff with guitars. I found a sax player to help. Featured Clip: https://youtu.be/9C5u4t2_sjo?t=2m33s

No Longer Me: With lyrics written by Ben Burchfield, I put them to music in 2003. It was always a favorite of mine, which I later recorded twice, first as a demo in 2008, then for my Get What You Expect album in 2009. After playing it live in downtown Walla Walla with Brad and Gary in 2016 and receiving some positive comments, I decided to make another version of it for this album. Again, I did not listen to prior recordings before doing this version, as I wanted to catch the vibe once more in a fresh way. In several ways, it is the capstone of the album. I love this track. Featured Clip: https://youtu.be/gsFxNzoCrIw?t=2m15s

It’s All About Me: Talise and I also talked about how it would be fun to do a completely arrogant song called, It’s All About Me.  The lyrics were particularly fun to write.  On the album credits I say the idea for the song was daughter Talise, which is true, but it’s not about her. The song comes across so egotistical it’s hard to imagine anyone actually seriously thinking that way.  But the meaning of the song is completely turned upside down if you imagine God saying that to us.  A third meaning, and the one used for the album, is that aliens who have invaded the earth are telling us that it’s all about them. Intended to be A Cappella at first, it does have some subtle acoustic guitar only but retains a choir-like essence to it. Featured Clip: https://youtu.be/5tqVAK-dnWI?t=2m18s